We turn intuition into science 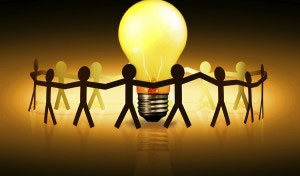 In some ways, this analysis seems to capture the past in order to predict the future, including things like if certain employees are thinking about leaving an organization and how two groups will mesh after a merger. We are joined by organizational psychologist, Deborah Peck, to help explain how a simple survey can yield such an incredible result.

Catalyst: How is it possible to turn intuition into science?

Deborah: “Everyone, especially in leadership, has their own sense of what is going on the organization, who the key players are, who they’d go to for certain things, etc. It’s just part of human nature. Everyone has intuitions about who to go to and what to do to achieve their goals. But these intuitions are not repeatable; they are your own empirical, subjective reality. So putting those intuitions from everyone onto paper and mapping them makes them tangible, measurable, visible, and quantifiable. It enables you to act in response to the existing intuitions, and create processes that are repeatable and take action that sticks.”

How is an organizational network analysis able to determine the strength of the connections it maps? Why is this important?

“Everyone selects their own network. So let’s say there are 200 people in the organization, each participant will sort through that list and come up with a list of, say, 25 people that they interact with on a daily basis. They’ll then answer the rest of the questions in a matrix fashion, and the algorithms mixed in help determine the strength of each relationship. It’s not just how many people you talk to, but how many people you talk to, plus how many people they talk to, how frequently that is–there’s a whole mixture in there that reveals how business actually gets done in your organization.”

Can you explain a bit further how the science behind an organizational network analysis works? For example, how can you predict things like when an employee is about to leave an organization, or if two groups have just merged, which culture will dominate the combined group?

“The analysis works through network statistics. We’re not quite there in terms of completely being able to do predictive analysis, but there are certain things that we do know, based on the way the statistics and maps come out, where we can say ‘X event’ will happen here. For instance, if someone is just getting ready to leave an organization, I can tell based off the kinds of interactions they’re having or not having, what shows up and what doesn’t show up, there might be holes where there weren’t before.

“If two organizations have merged, I’d be able to tell you which organization’s culture will dominate in the combined group. I would split analysis based off who belonged to what company previously. Then within that, I can gauge the existing networks based off the questions that reflect the amount of trust participants have in one another, which reflects the dynamic of each culture. When you look at those all together, you can identify where there is trust, who has the most trust and who is interacting the most. I see groups where the two cultures are as clear as day. I’ve identified merged organizations where one culture is very hierarchical and all the decisions are coming from the c-suite leadership, and the other culture was very interactive, so they had a much more dynamic and trusting environment.”

How could an ONA help an organization save money?

“Oftentimes people have a set budget on training, and they have to choose how to spend it carefully. We can use an example of high potentials. A manager will likely have a list of 10 leaders that are ‘shining stars’ who they plan to send to leadership training. If you’re the person who made this list, you’re convinced that you’ve chosen the right people. But if you were to use the ONA to take a snapshot of the organization first, I’d give you a list of the emerging leaders that might differ from your list. The reason being because the analysis looks at things differently than people do. People are either subjective or looking purely at KSAs (knowledge, skills, and abilities) and ignore the social capital side because they can’t quantify it. But an organizational network analysis will quantify all of it, KSAs and social influence. Soft skill factors can be overlooked if someone is making the company a lot of money.  The list that comes from an ONA usually only overlaps by about 25% with the list created by people within the company.”

Deborah Peck founded Seity Insight with one goal in mind: to enhance business effectiveness through people. She earned her Ph. D. in Organizational Psychology, where she spent much of her time researching employee trust in leadership. Deborah uses her robust background in education, technology, leadership, and human behavior to aid organizations through major shifts; her science-based approach is unlike many others, as it maps the future of an organization through insight on existing human connections. If you’d like to learn more about Deborah or Seity Insight, click here.

Resource: Contact us for a free consultation to learn how we can help with your corporate reorganization

Conflict in the Workplace: A Method to the Madness
Scroll to top